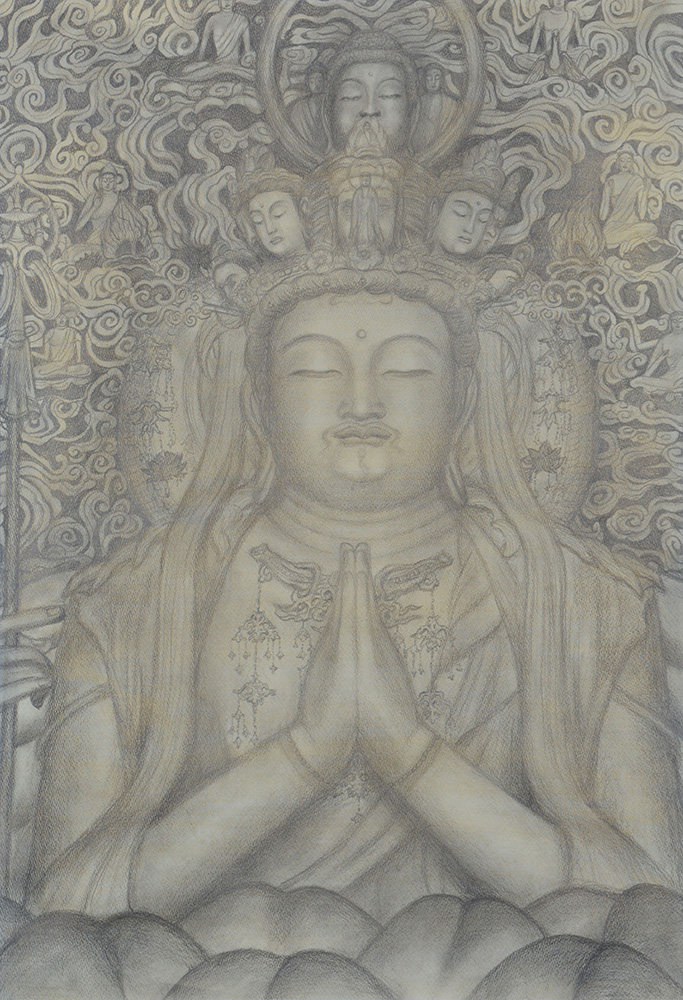 During the time of drawing this picture, my friend was in a dangerous situation wandering between life and death, I was only able to deeply pray.
Meanwhile, I came across a miracle painting by Angolan slaves in the 18th century which supposed to cure diseases.
I was strongly impressed by the painting, praying for the recovery of my friend's illness, while continuing to support my spirit which was about to break, I replicated the SENJYUKANNON (Thousand Arms Kannon) nearly a month. I learned the depth of Buddhism and the understanding of death such as SOKUSHINN JYOUBUTSU (Self-Mummification) and spent days thinking about the importance of life and prayer.
SENJYU KANNONZAZOU (A Statue) in SANJYUSANGENDO (A Temple) in Kyoto is TANKEI`s representative work in the late Kamakura era that was
completed two years before his death at the age of 84. It became a model.