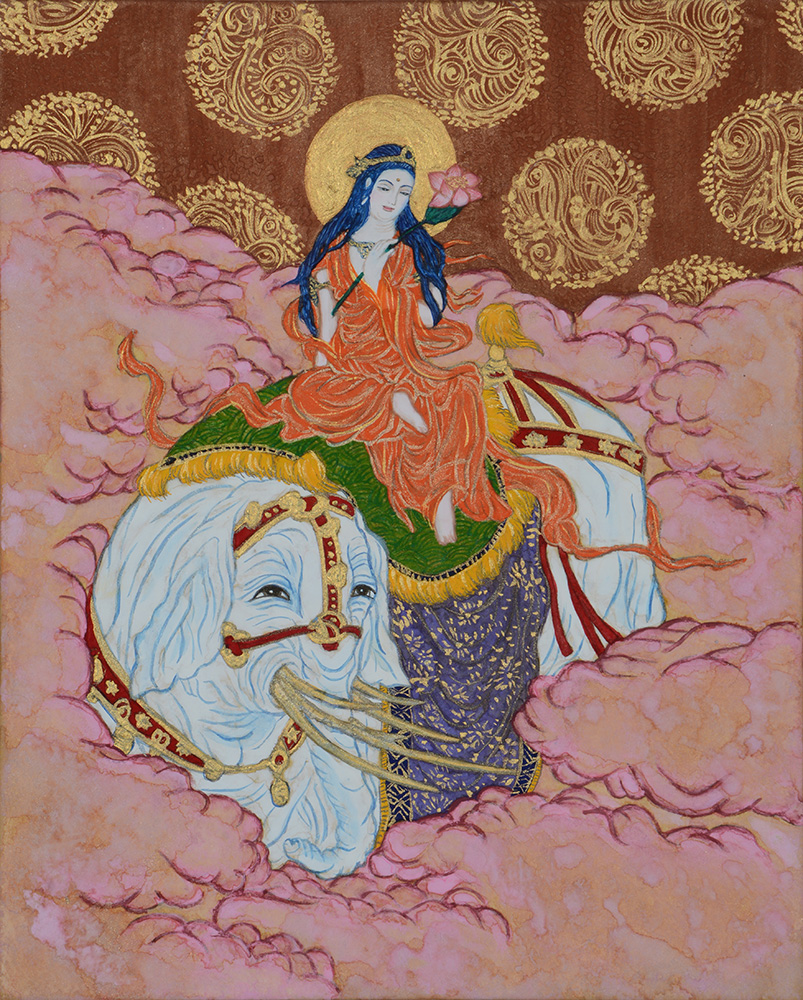 One day, I had a dream that a white elephant suddenly appeared from the world of light, and it was wearing a red accessory and danced bewitchingly.
I thought that I wanted to draw the beautiful figure, and after 2 days I ran across a Buddhist book written by KUROUEMON NISHIMURA, a publisher of Kyoto in the early Edo period.
When I looked inside, there were line drawings of FUGEN BOSATSU who ride on a white elephant, so I decided to base the drawing on that.
It overlapped with my aunt's fighting illness, I decided to draw thinking of my aunt.
My aunt's family mentioned that a relative of ours has large ears like elephant, so it was quite strange that coincidence overlapped.